It really bothers me to hear about couples getting divorced.  While I understand that there could be valid reasons to make the break, it just feels like something good has been tragically destroyed.   I believe that no matter what the relationship has become, it probably began as a wonderful experience of love, romance and hope.   After reading about yet another couple who was breaking up, I wondered if

being challenged to make a list of reasons to stay married would influence the thought of possible reconciliation.

With much enthusiasm, I challenged my husband to write about the top 10 reasons to stay married for our next I Do Me2 blog post.  However, I found it difficult to come up with my own top 10 list.  This difficulty came with my realizing that there were pros and cons for many of the items on my list.  For example, Number 3 about “a sense of security” is not necessarily the case for some people.  Whereas I feel like a burglar, etc. would have a serious battle if they tried something with us, I know that other spouses feel like it would be every man and woman for themselves.

Unfortunately there are many women who do not feel that their spouses would do whatever it takes to make them feel safe.  Some have expressed that their husbands would push them in front of a robber if that person had a weapon.  I married a very protective man and I have a tendency to look out for his welfare also.

With this in mind, I am merely posting my opinion of what I might consider to be good reasons for staying married.  First, I am including a summary of my list.  Then each week my husband and I will follow up with more details describing each of our choices that have been listed.  This week will explain Reason #1.

By the way, we are each composing our lists separately.    I must admit that I am a little curious about his list.  I am sure that we will have much to discuss.

MY TOP 10 REASONS FOR STAYING MARRIED

1-You made a promise, 2-You love each other, 3-The marriage bond offers a unique sense of security, 4-Dating is a lonely pass time, 5- Losing a marriage tends to produce a chain reaction of failure in relationships, 6- Your spouse will know too many of your vulnerabilities and may use them against you if you try to enjoy life with someone else, 7- A marital relationship reduces the likelihood of contracting STDs, 8-You have given too much of yourself to your marriage to simply waste your investment, 9-People are weird and you pretty much know how weird your spouse is, 10-God hates divorce.

REASON # 1-You made a promise.

What is happening to people today who simply have no honor when it comes to keeping a promise?  I figure that breaking a promise is the same as lying.  This reality occurred to me after I actually began to read the content of some of those dreadfully long and tedious contracts that come with online software downloads.  Have you ever actually read the agreement before clicking the box?  I actually took 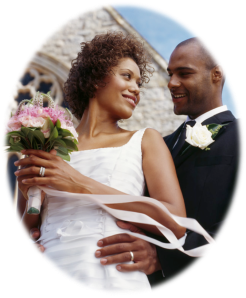 the time to read one and barely understood 25% of what it was saying.  I was not sure if I could agree or not.  But I wanted to use the software, so I clicked AGREE.  I made the same mistake with credit cards and other costly commitments.

But when I got married (this time), the commitment was clear and the question was brief.   I was sober and believed that I was doing the right thing.   I made a promise.  Admittedly, there was a time that I was not a woman of my word and was more cavalier about commitment.  But I have overcome (am overcoming) that poor character trait and now look forward to keeping my promises.

Why make a promise unless you intend to keep it?  I also believe that if you cannot keep a promise made to God in front of witnesses, you probably are not very trustworthy in other areas as well.  If you can turn your back on your wedding vows, I believe that you are probably not to be trusted with other relationship commitments such as business relationships or leadership.  It certainly was the case with me.  It was too easy for me to walk out on situations where people expected my commitment.  Fortunately, I am finding that the recently acquired mindset of keeping my promise regarding my marriage is also developing my character in other areas.

In response to my wife’s challenge to list 10 reasons for staying married, I must admit that I discovered a consensus of writers that seem biased toward divorce rather than marriage. In today’s culture of quick no-fault divorces, it has become increasingly difficult  to cling to reasons for enduring the ”better or worse” times that married couples vowed to endure.  Johnny Taylor’s song, “It’s Cheaper to Keep Her” has only prompted more caution for prenuptial arrangements. Any Google search will provide mountains of links that support your getting a divorce.  However, the volume of links encouraging people to stay married is much less and provide less compelling arguments for staying married.

On the other hand, I have discovered it is not wise to ask a drop-out about whether or not school is a great idea.  I have also used similar wisdom to deal with

those that are unemployed when they suggest that I should quit my job that I am unhappy with. The point is jobs, school and marriage will have seasons of challenge no matter the employment, education or marital partner. Marriage vows have appropriately framed this covenant protected journey while promising to stay through the best or worse. I have yet to be interviewed for a job that promised the same level of security. Most employers are only interested in employing you for your best and will fire you if your worse frequently shows up.  Both dynamics will surface in a marriage.

Divorce is rarely expressed during a wedding ceremony as a plausible exception rule in case your worse shows up too frequently.  Conventional vows to marry read something like: “In the presence of God, our family and friends, I offer you my solemn vow to be your faithful partner in sickness and in health, in good times and in bad, and in joy as well as in sorrow.” These vows reflect a healthy respect for the higher authority of God, as well as a commitment to

Personally, I cannot imagine facing the challenges of life and death without the companionship and  emotional, intellectual, social and sexually gratifying support I have with my wife. Committing toward our marriage where divorce is not an option has given me a partner and cheering section that inspires and sharpens me when the hardest task I am facing is “working on me.” There is no chance of a healthy “us” if I am unhealthy spiritually, emotionally, socially and physically. I owe it to us to work on me and fortunately my wife works at least as hard on her self.

I have found that the process of blending personalities is a life long journey that provides countless blessings as well as challenges throughout the journey. The intimate connection of marriage can amplify the extremes we experience in our quests to pursue personal goals and dreams. On the other hand, those extremes can erupt in to passionate exchanges of arguments or sex as well as priceless support when you encounter the loss of a loved one or find yourself playing the role as a health provider for a severely ill family member.

The point is that we will face these challenges in life regardless if we marry or not. However, the inevitable challenges are far less overwhelming and we become a lot more resilient when we have a partner to embrace us while riding this roller coaster of challenges that life delivers to our door.

Now, before you run to exchange your married life for a single/divorced one, lets explore what other compelling evidence there is for you to consider. I will join my life partner and gift from heaven in profiling reasons for staying married over the next 10 weeks.

MY TOP 10 REASONS FOR STAYING MARRIED

(Not listed according to importance)

1) Mental Heath-Evidence shows that your mental health is far more stable with less depression while married than singles or people divorced  2) Because the synergy formulated in your marriage in the form of children is priceless and their support system is vital to their development. 3)We are wired toward permanence for anything we enjoy. From music to relationships we try to preserve and retain what we love. When it comes to relationships of love we are even less willing to entertain a revolving door. A trusted relationship is rare and priceless as well as enduring.  Marriage is the best model for a sustainable relationship. 4) Married men and women live longer than their single counter parts. 5) 40-50% of Married people claim their sex lives are satisfying compared to 20-25% of the single and cohabiting counterparts. 6) Professionals that are married are more likely to be promoted, reliable in their attendance and perform at a higher standard than their single counterparts. 7) Married people are far less likely to contract STDs than single or cohabiting counter parts. 8) 77% of unhappy married couples that stayed married claimed a turn around in their marriage saying they are very happy or quite happy. 9) Single Dating is risky, expensive and usually does not provide desirable results. 10) Couples that seek help through counseling, marriage conferences, books, dvds, etc. are more likely to turn their relationship around and sustain satisfying marriages.

My first focus is not the best or the most compelling but it may be something that is rarely discussed. Mental Heath!  That’s right!  Contrary to what Hollywood projects and what so many people declare, statisticians have provided the research that reveals married men and women are less depressed, less anxious, and less psychologically distressed than single, divorced, or widowed adults. According to Maggie Gallagher and  researcher/co-author Linda J. Waite  of The Case for Marriage (2001), research shows “getting divorced lowers both men’s and women’s mental health, increasing depression and hostility, and lowering one’s self-esteem and sense of personal mastery and purpose in life.”

Dr. Robert Coombs, a  biobehavioral scientist at UCLA, conducted a review of more than 130 studies on the relationship between well-being and marital status, concluding that “there is an intimate link between the two.”  Married people have significantly lower rates of alcoholism, suicide, psychiatric care, and higher rates of self-reported happiness.

According to Dr. Coombs those in  married relationships experienced a lower rate of severe depression than people in any other category.

The annual rate of major depression per 100 is as follows:

There is more evidence that supports the improved mental health of those that are married in contrast to their single or cohabiting  counterparts. However, for the sake of brevity, I will limit my references.

I look forward to sharing more of my reasons for staying married in the coming weeks.